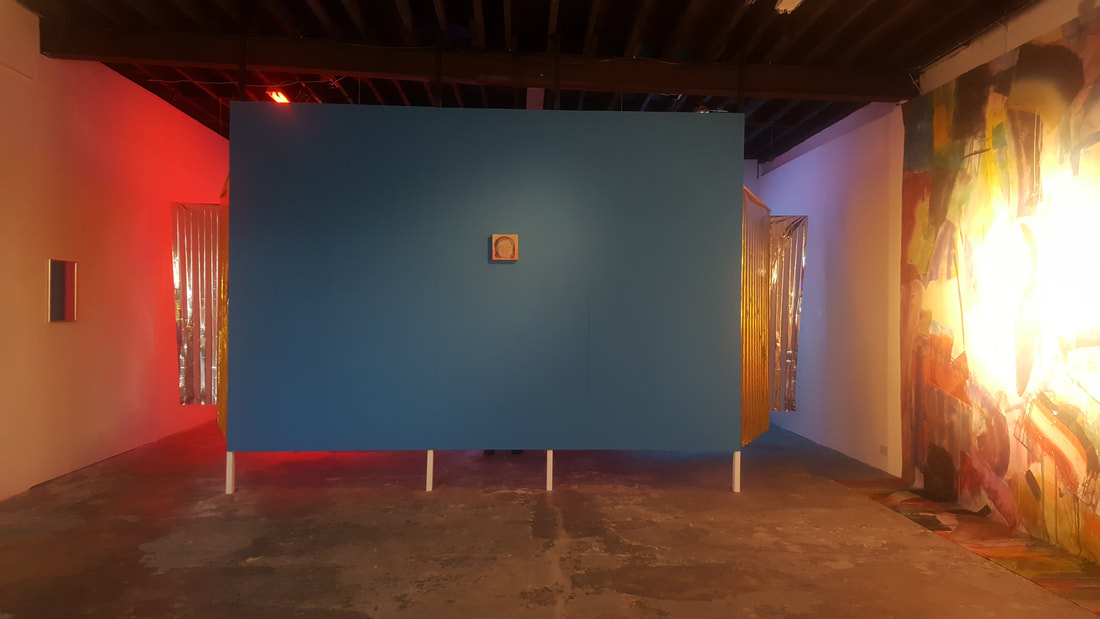 For the 2019 edition of Galway International Arts Festival, 126 Artist-run Gallery presented “Reforming” a duo exhibition by acclaimed Irish artist Diana Copperwhite and emerging Irish artist Ciara Barker curated by Simon Fennessy Corcoran. Reforming presents an exhibition infused with colour which explores notions of reality, abstraction and our sense of space, while placing two artists at different stages of career together.

Ciara Barker is interested in assembling irrational spaces that disengage from stable attachment through movement and distortion. She uses light and light-interactive materials to explore both personal and social experiences of the body. Barker manipulates sensory perception, in order to encourage the viewer to examine the strange within the familiar and to focus on bodily experience outside of a preconceived self-image. Her hope is to make a space to communicate with the body in order to promote self-awareness and rebellious acceptance.

In the two person show Reforming, Ciara Barker’s installation is full of divides, which may attempt to categorise and order our view of the world. These simultaneously serve as in-betweens, which negotiate a dialectical opposition in order to generate new perspectives. Paradoxically, these divisions are all gentle, responsive to the body and either visually or physically penetrable. The viewer’s body quickly develops a relationship with the work, as a result of constant tension between restricting and responding.

The video element of this installation is made up of downloaded, royalty free clips. Each clip contains commercial, idealised and oversimplified depictions of gender typical and able-bodied bodies, with no personal complexity. Each clip is introduced by the reductive title given to it online and may be viewed as humours or absurd. In order to watch the video in its original state, the viewer must lie passively on a hard-wooden pallet, which has been painted gold.

Vibrant colours and reflective and transparent materials distort the space and the bodies and images within it. Opening up its complexities and contradictions, allowing the viewer to interact with it in an intuitive way, developing their own personal experience.

Ciara Barker graduated from Limerick School of Art and Design in 2017 with a BA in fine art ‘Printmaking and Contemporary Practice’. As a multidisciplinary artist, Barker continues to practice in Limerick City. She is currently an Artist-in-Residence at Ormston House. She was the recipient of the twelve month Cork Printmakers’ emerging artist bursary award 2017 and is also a current member of Limerick Printmakers. She simultaneously continues to develop her practice at ‘spacecraft’ Artists’ Studios, an organisation of which she is a founding member and the current director and secretary.

Diana Copperwhite’s work stems from an idiosyncratic practice that embraces the temporal nature of painting practice. This encompasses working with large-scale wall installations, large canvases and an ongoing interest in the human portrait. Born 1969 in Limerick, she studied at the Limerick School of Art and Design from 1987-92, received a BA in painting at the National college of Art and Design, Dublin and went on to do an MFA at the Winchester School of Art and Design, Barcelona.

Copperwhite is engaged with a sustained conceptual exploration of memory and abstraction. Using identifiable subjects, and sometimes drawing on media images, she plays with light and color to create slightly unreal dreamlike and transitory compositions. The mood of her work is generally lyrical, creating an air of ambiguity of memories transformed in the unceasing passage of time. In a most unique capacity, she works over recognizable images, working and reworking their surface and adding rich layers, so that objects are transported in an entirely new direction into a fluid visual quality of being remembered or reimagined in singular vibrant ways.

Her work is in public collections, including The Irish Museum of Modern Art; The National Gallery of Ireland, Arts Council of Ireland; The Rothko Center, Latvia; The Limerick City Gallery of Art; Office of Public Works; Contemporary Irish Art Society; Mariehamn Stadsbibliotek, Aland, Finland; International Red Cross Netherlands — and private collections in the US, Australia and Europe. She has exhibited widely, including in London, Dublin, Tokyo, Sydney, Amsterdam, Barcelona, New York. France and Amsterdam. Copperwhite was awarded the AIB Art Prize in 2007, which resulted in a major monograph and touring exhibition of her work. Her recent publication Fake New World was published to coincide with a wall drawing and recent exhibition at the RHA Gallery Dublin and her Solo Show Depend on the Morning Sun at 532 Gallery Thomas Jaeckel New York in 2017, it features a recent biography written by Gail Levin, Edward Hopper's Official Biographer. She has been reviewed widely both in Ireland and abroad most recently in Hyperallergic, Brooklyn Rail, Art Forum, The Irish Times and The Sunday Times amongst others. She was a resident artist at the Josef Albers Foundation Connecticut (2012). She was a finalist in the Guasch Coranty Fundacio Painting Prize, Centre Cultural Metropolita Tecia Sala, Barcelona (2008) and was the winner of the AIB Art Prize (2007). Diana Copperwhite lives and works in Dublin.

Anatomy of Time 3: The wall print is made using footage from mobile phone cameras sent by anonymous individuals and some friends in Galway. Taking 30 seconds as my only que, I looked and responded to the short films by quickly drawing the contours and shapes of fleeting images seen to create a composite of abstract pattern. This pattern was then taken, photographed and blown up to creat a 21 foot long x12 foot tall digital print. Essentially taking the tradition of mural painting and bringing its epic proportions back down to the mobile phone. 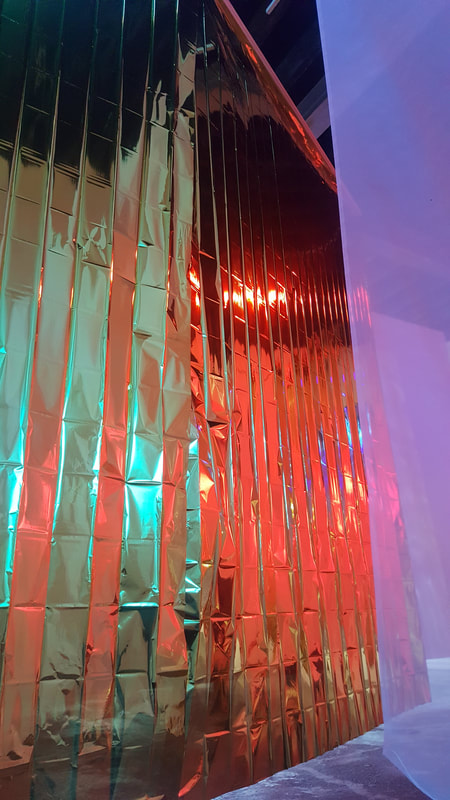 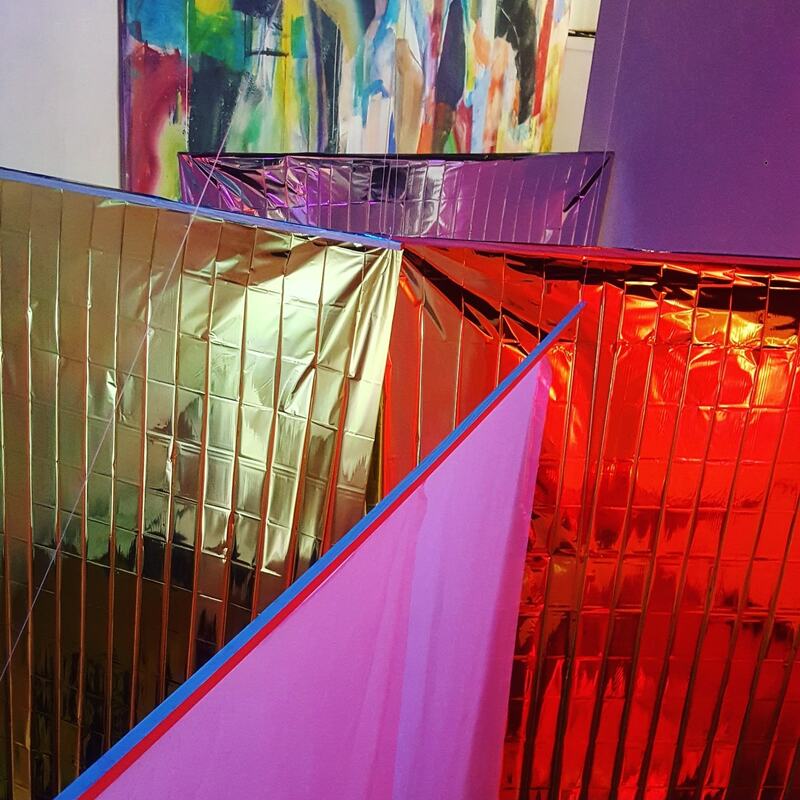 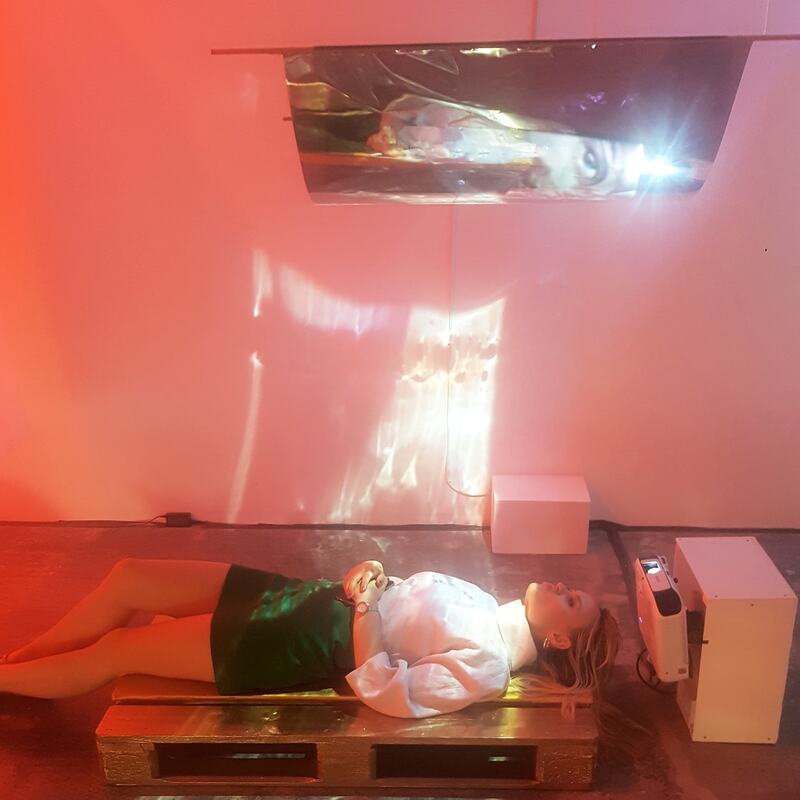 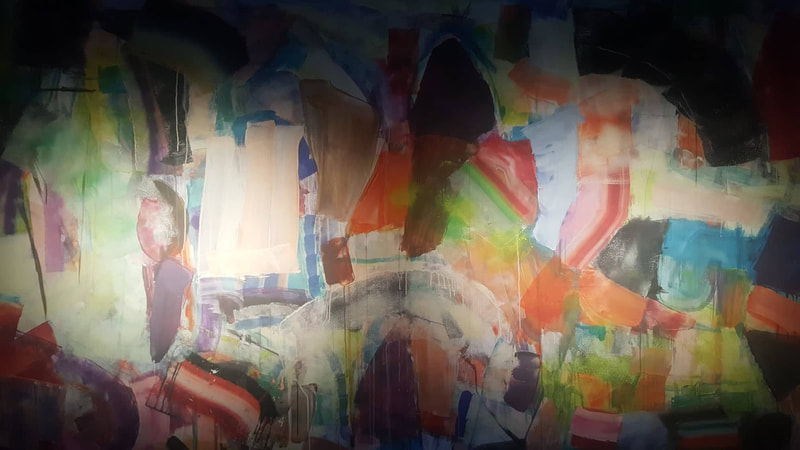 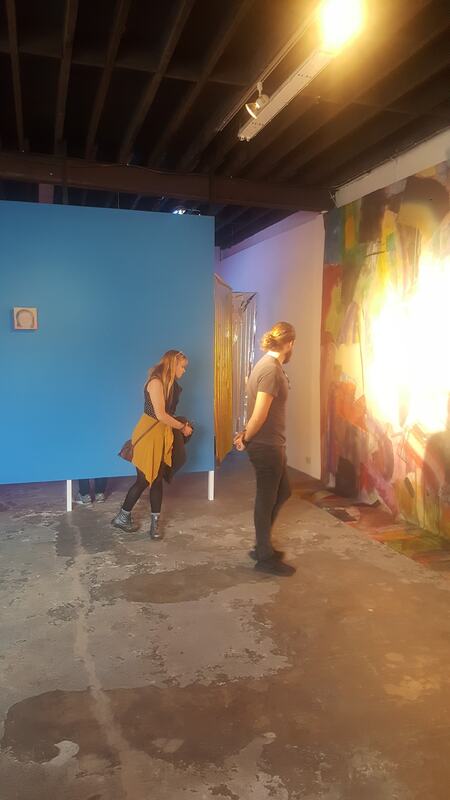 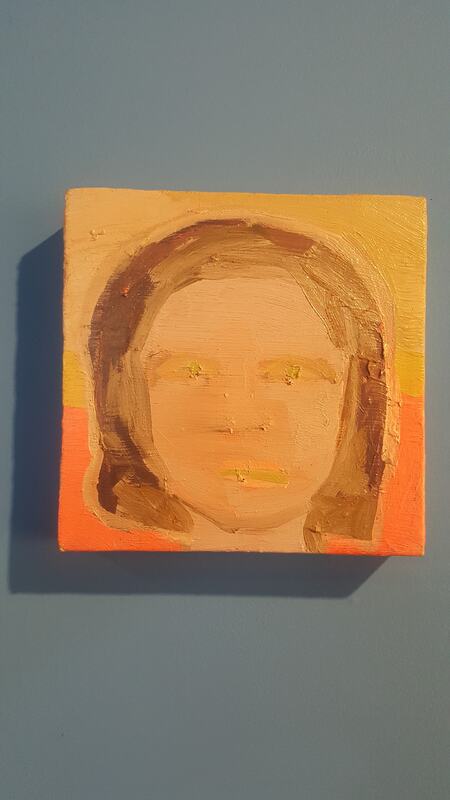 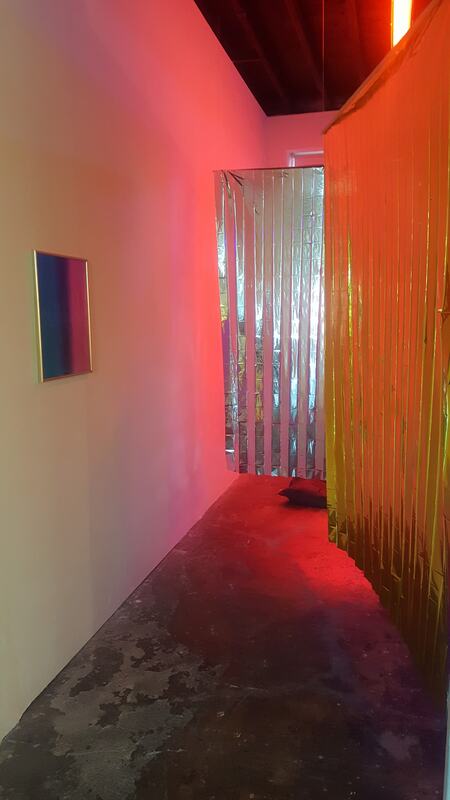 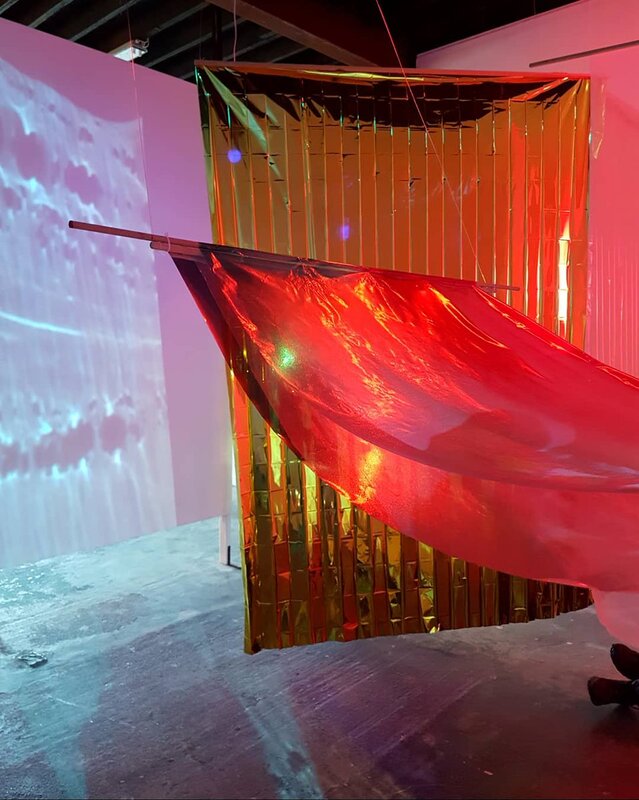 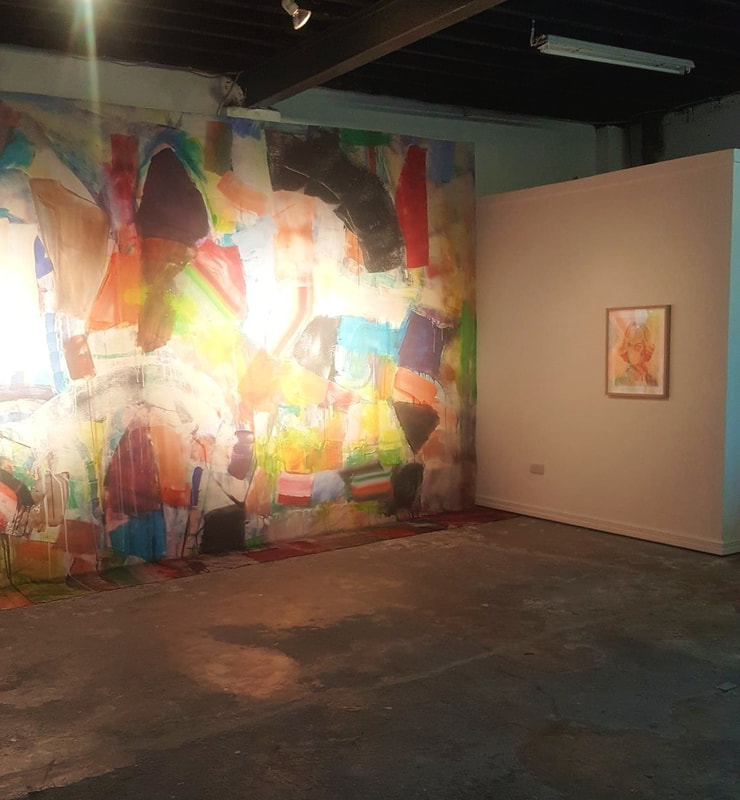 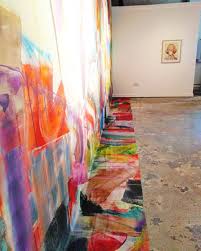 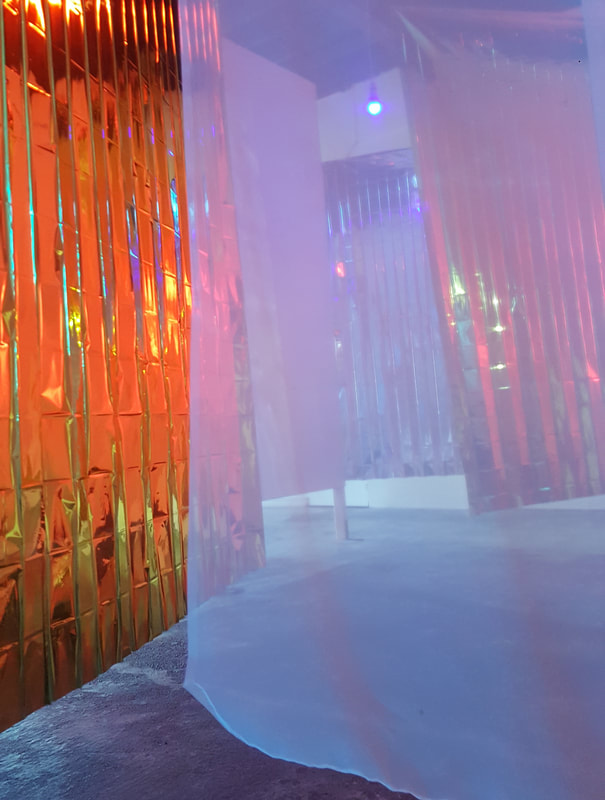 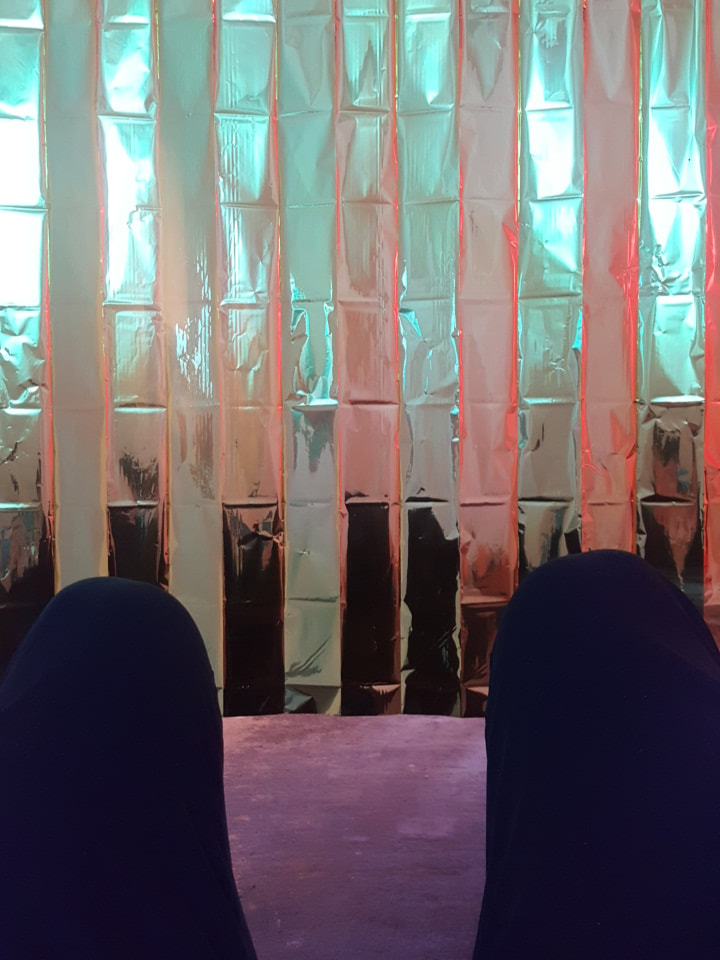 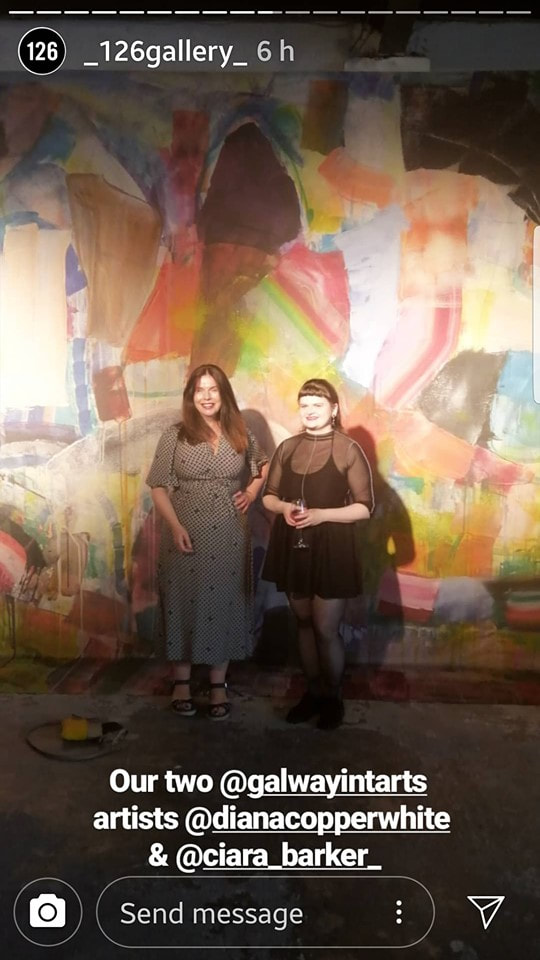 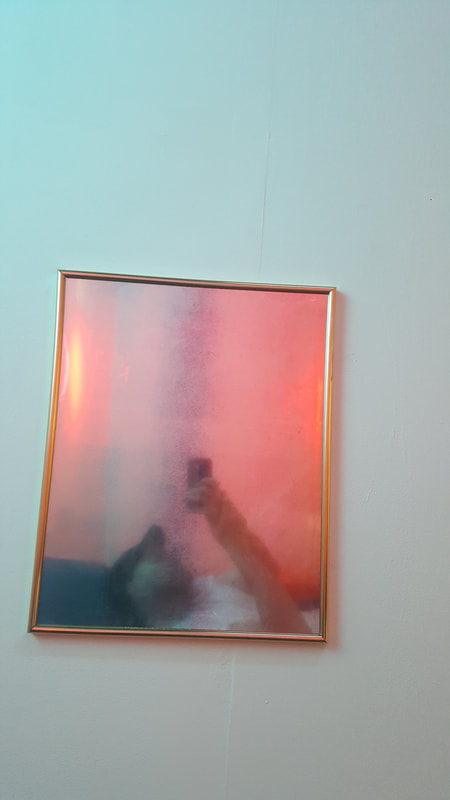