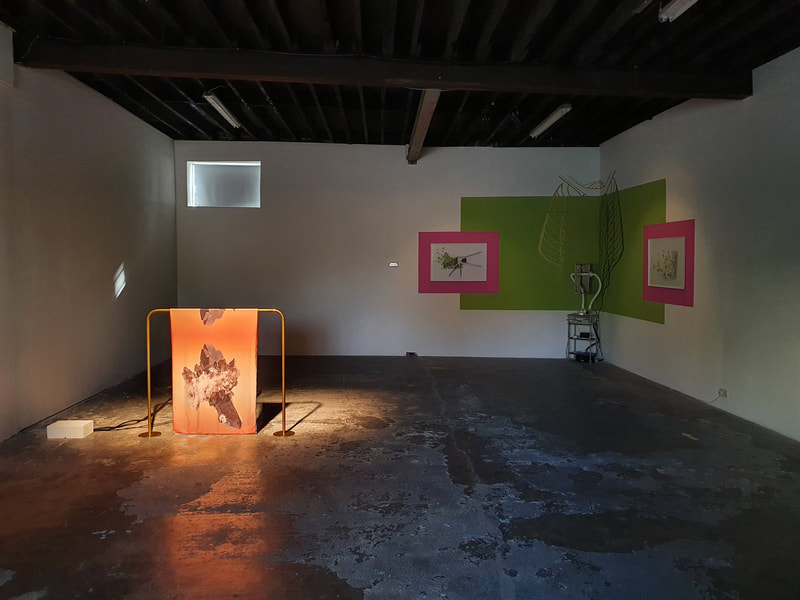 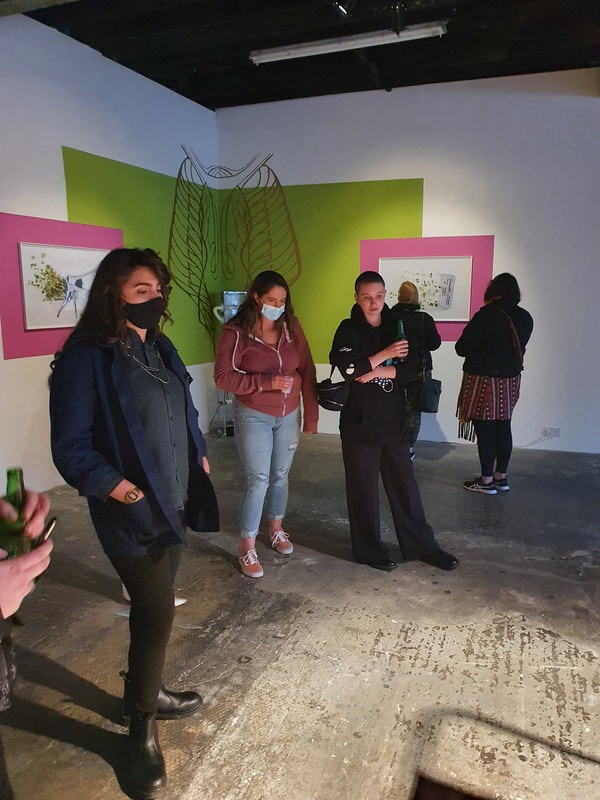 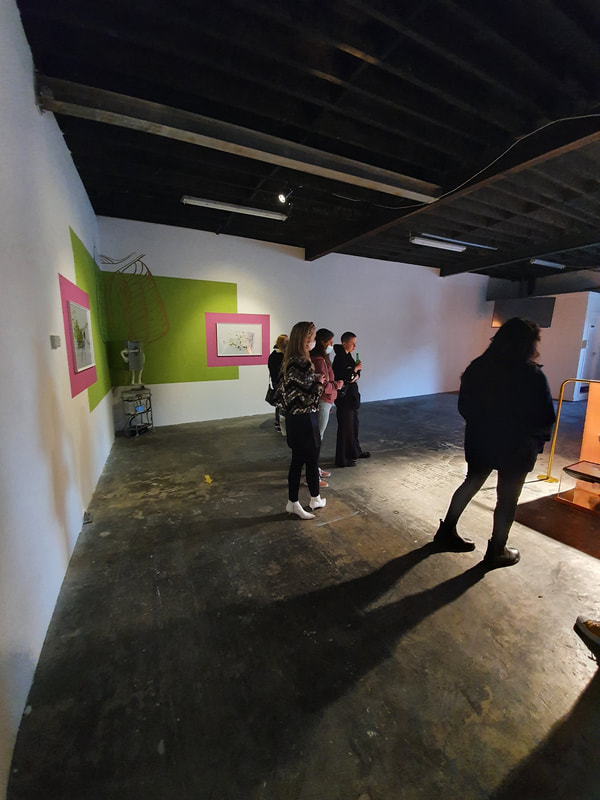 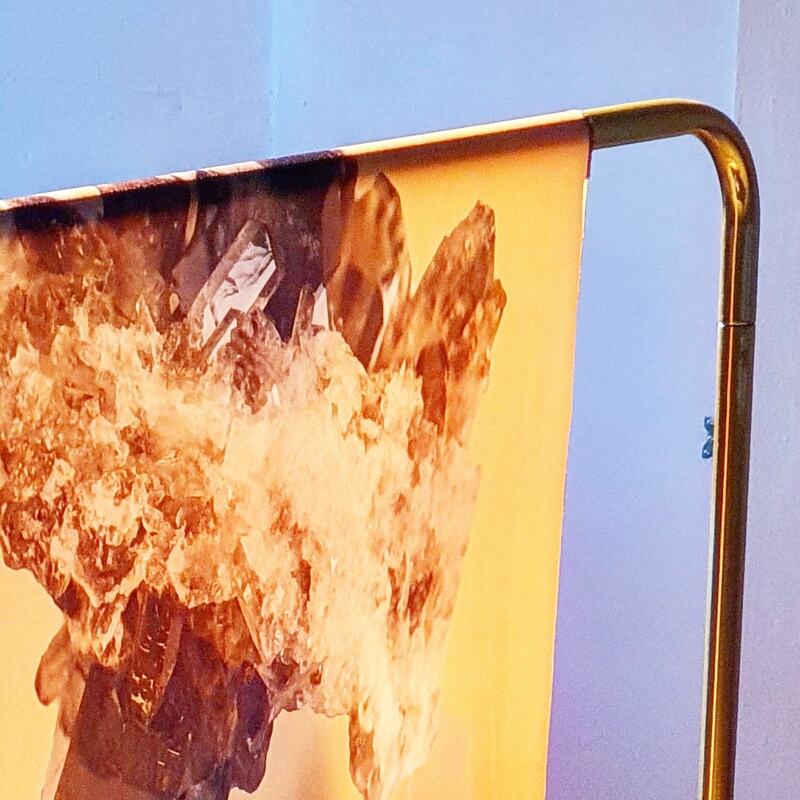 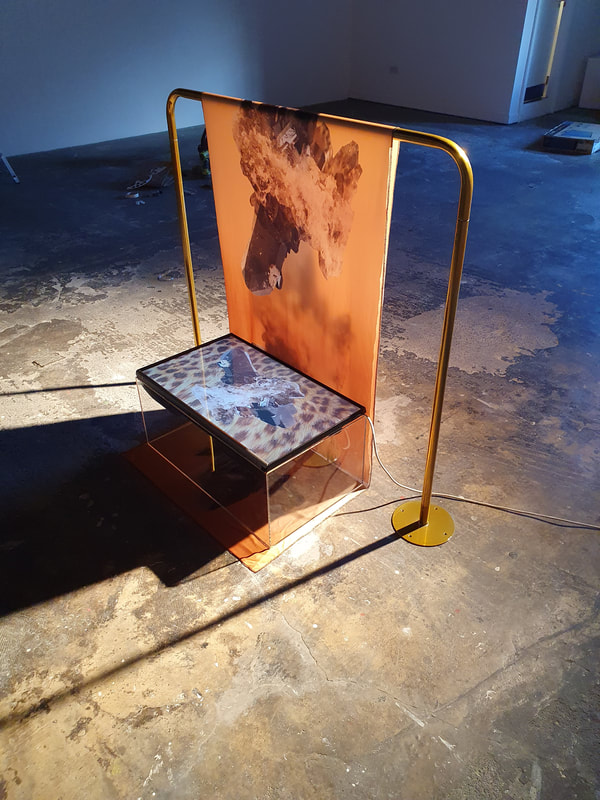 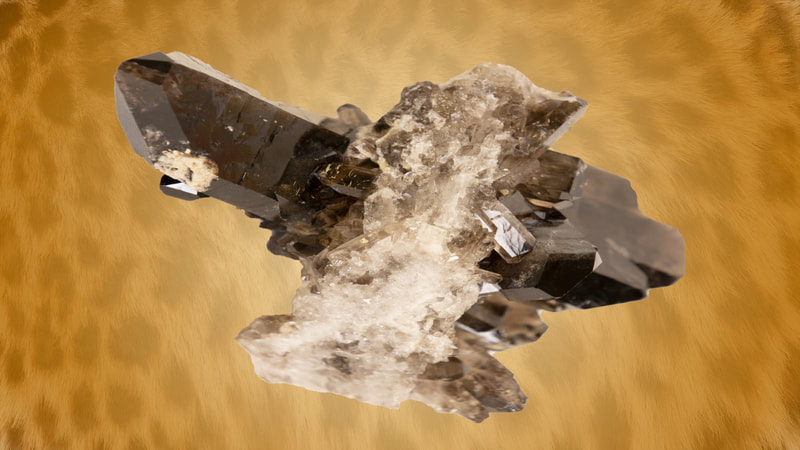 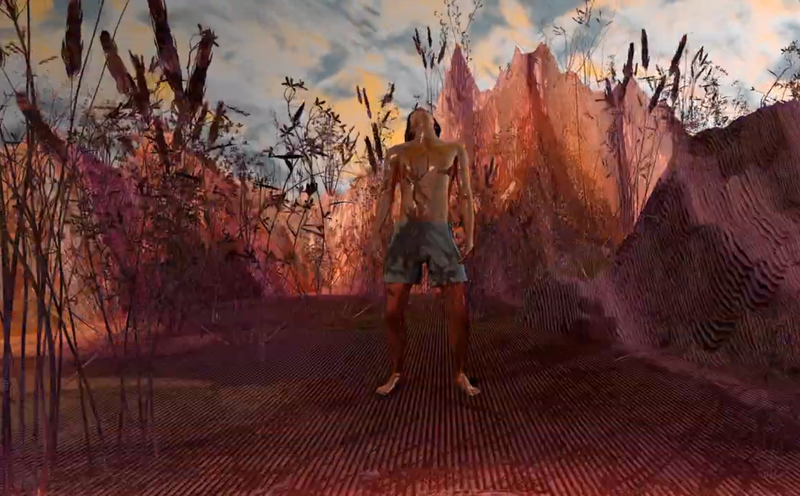 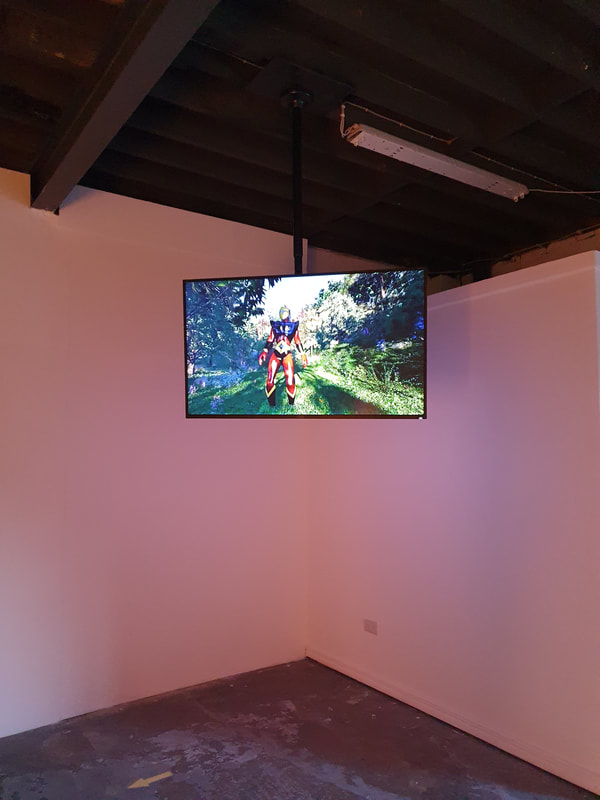 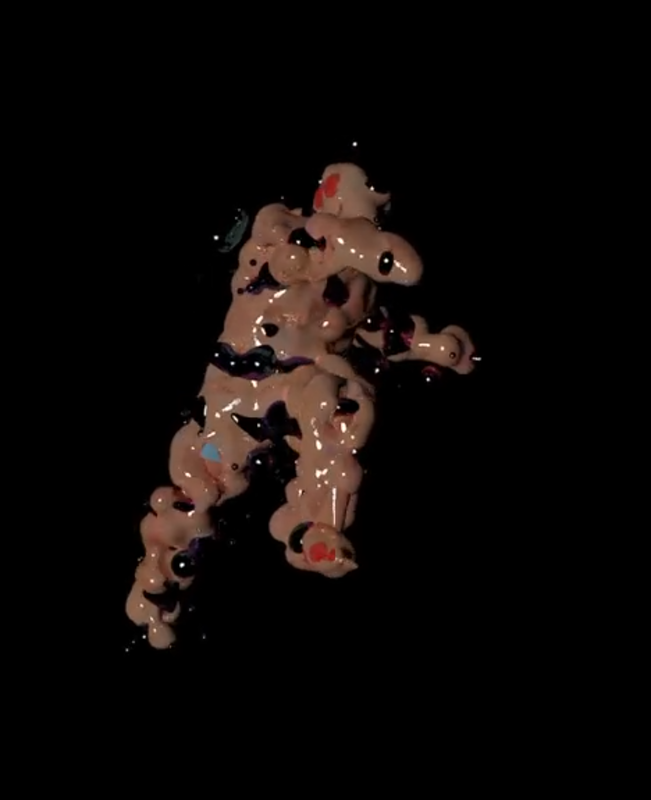 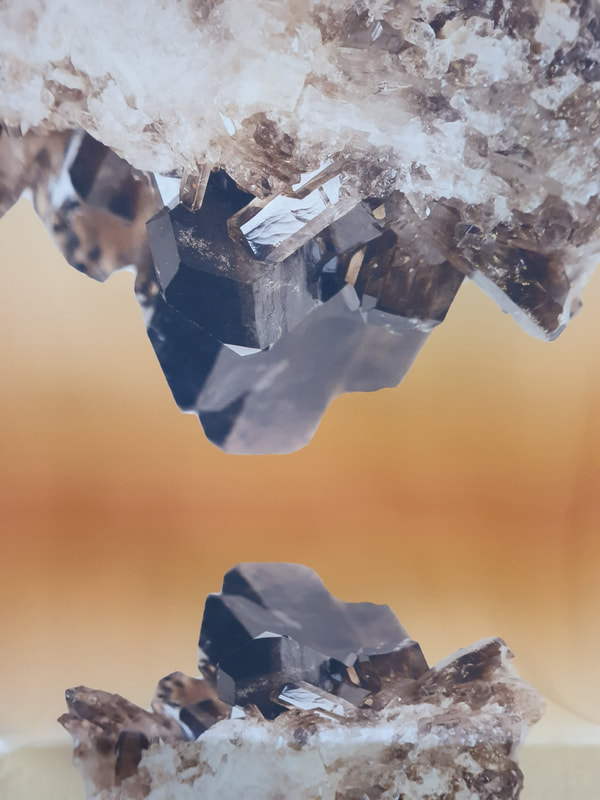 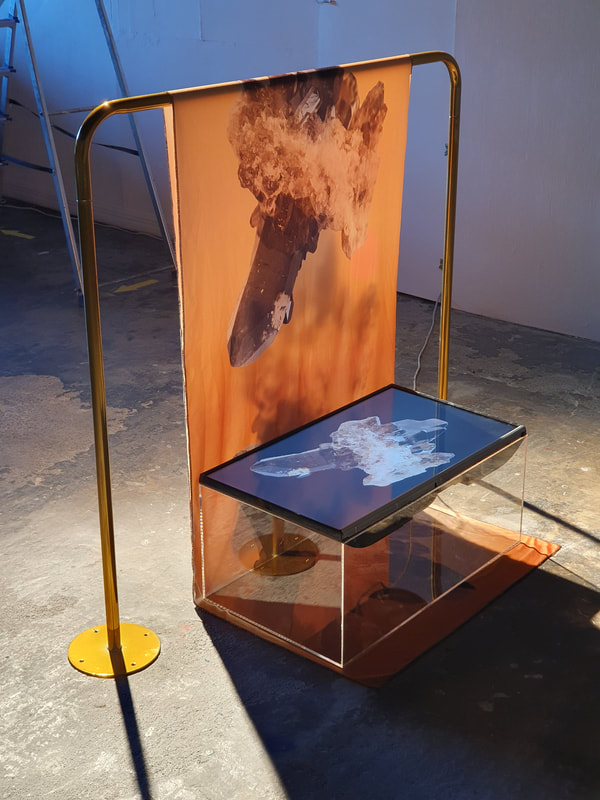 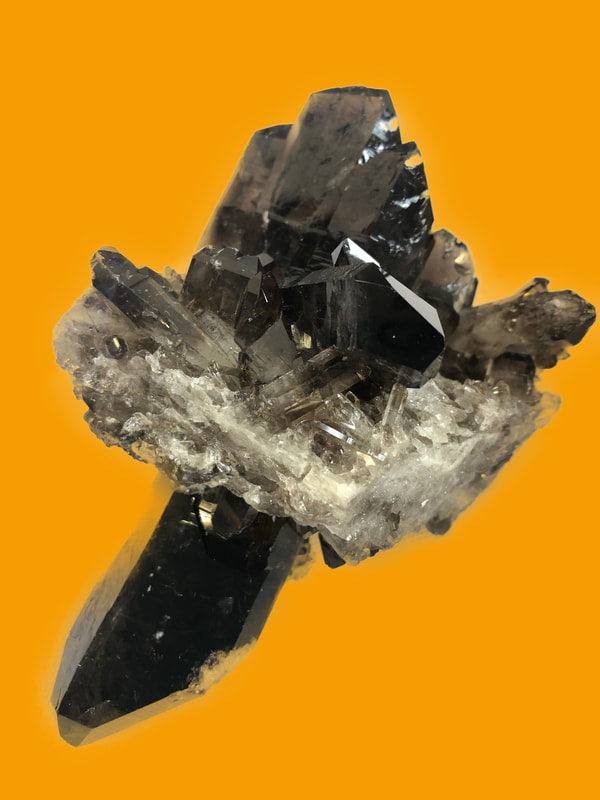 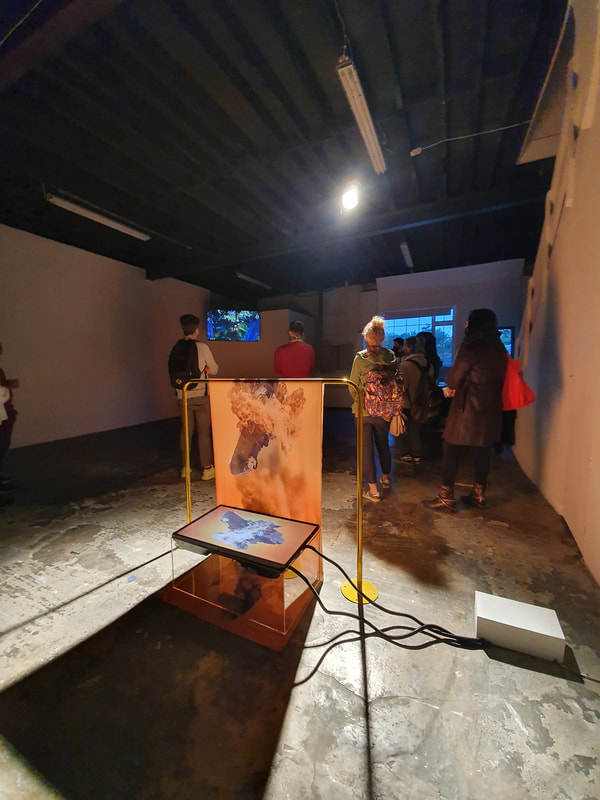 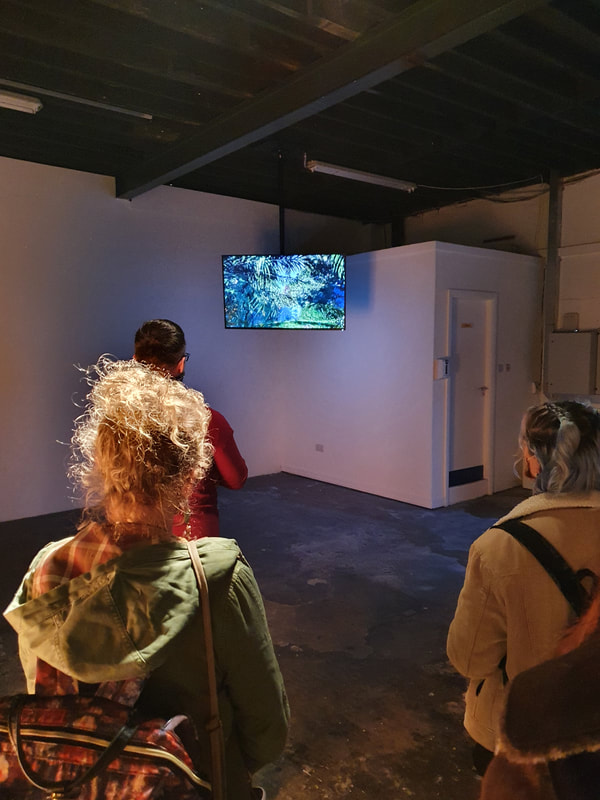 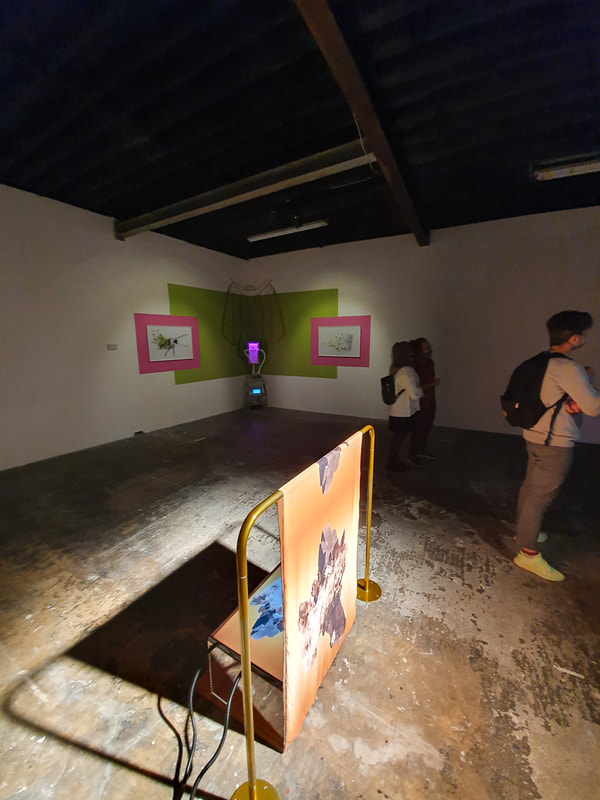 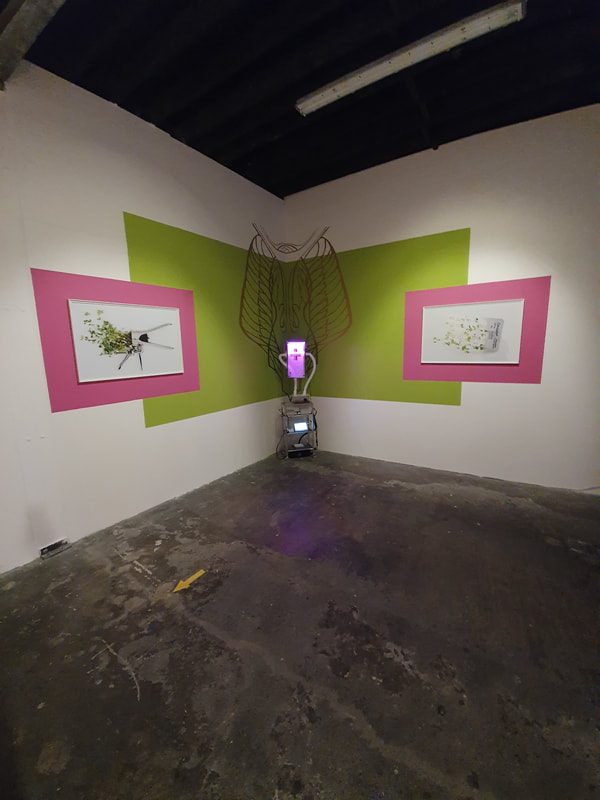 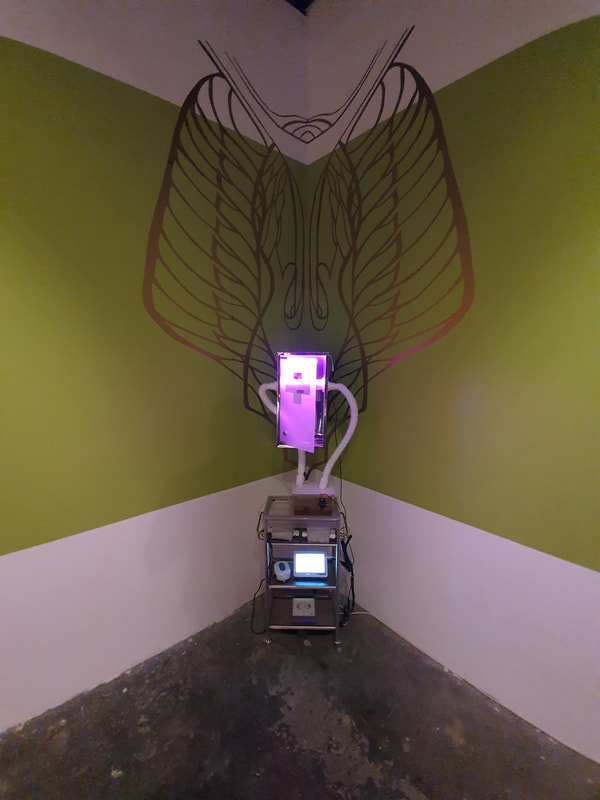 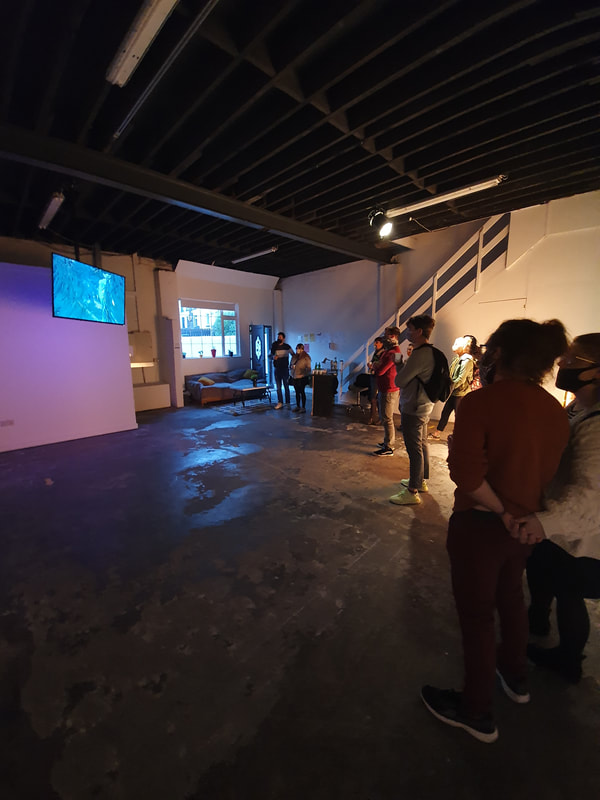 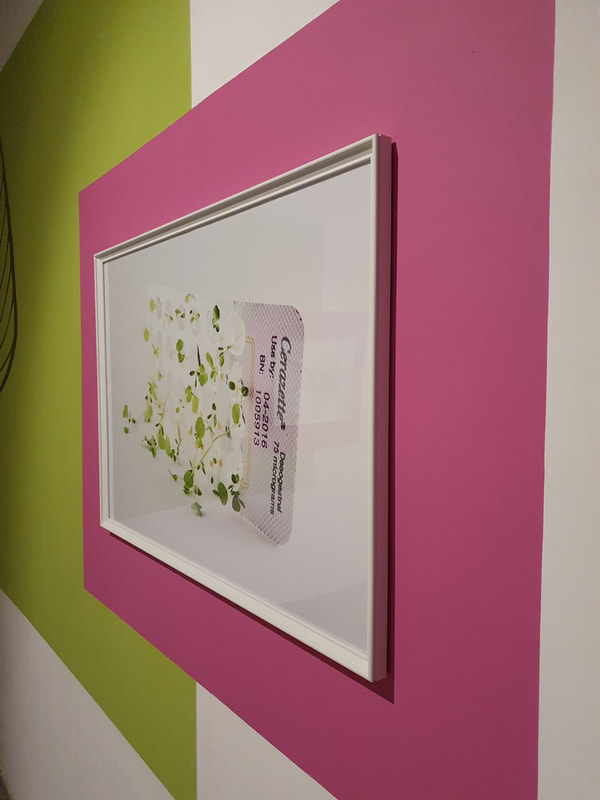 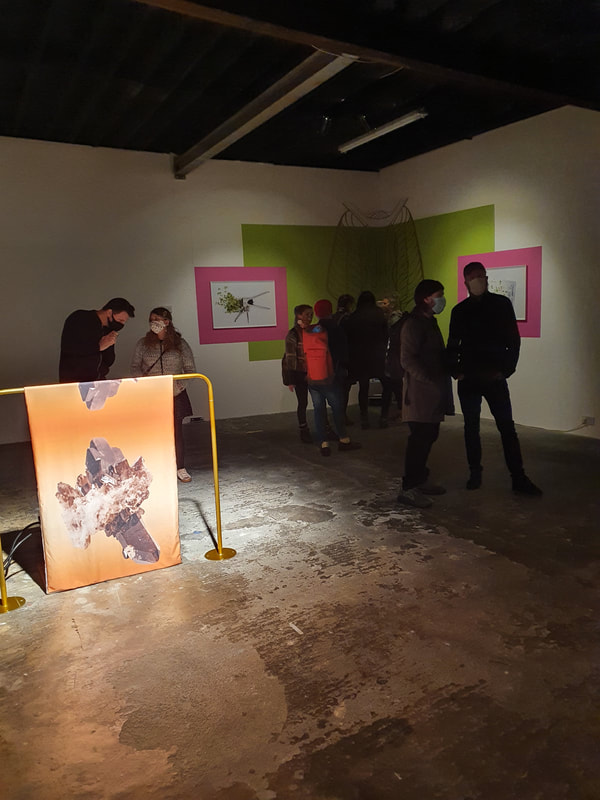 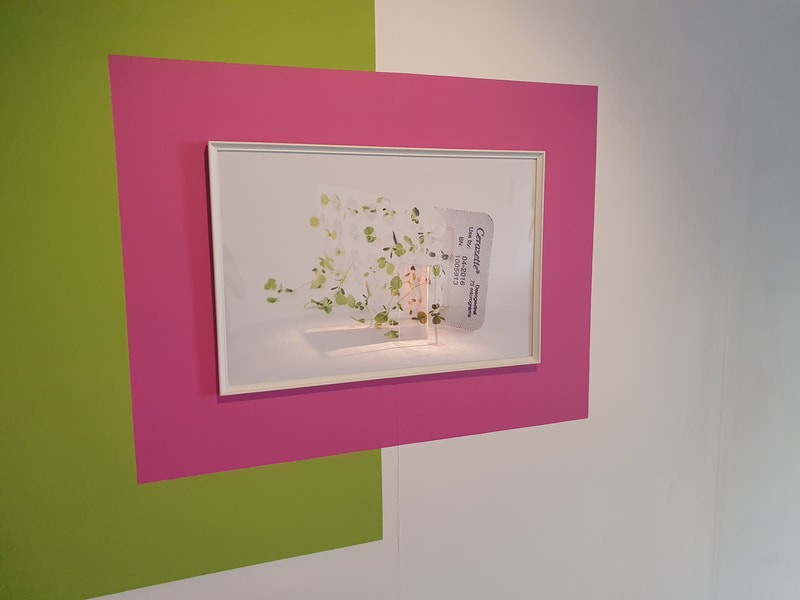 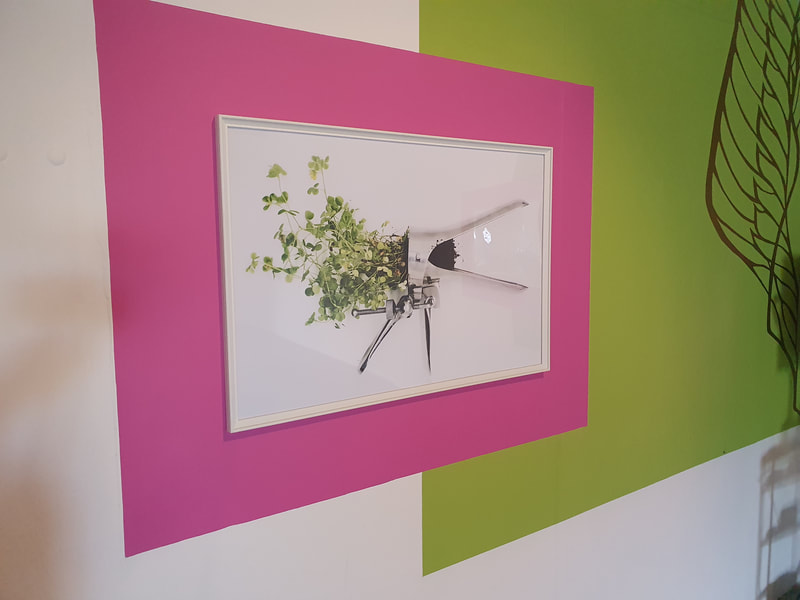 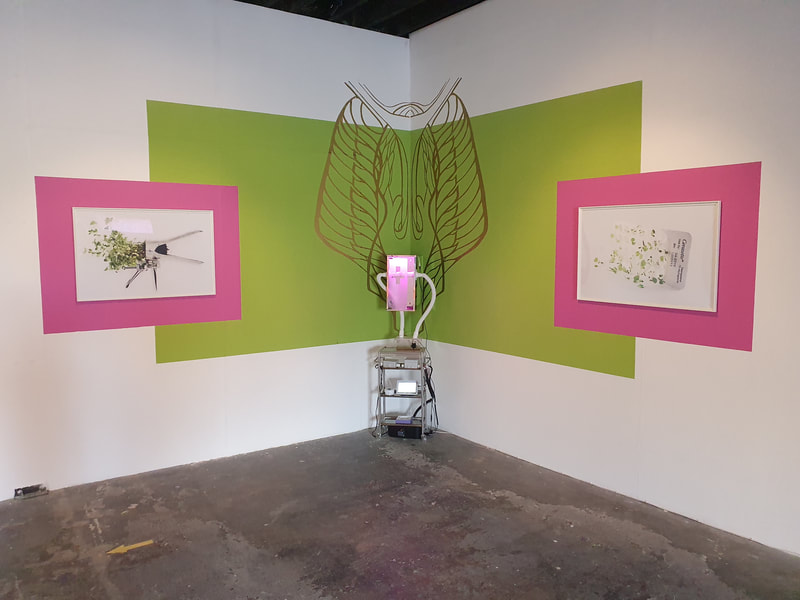 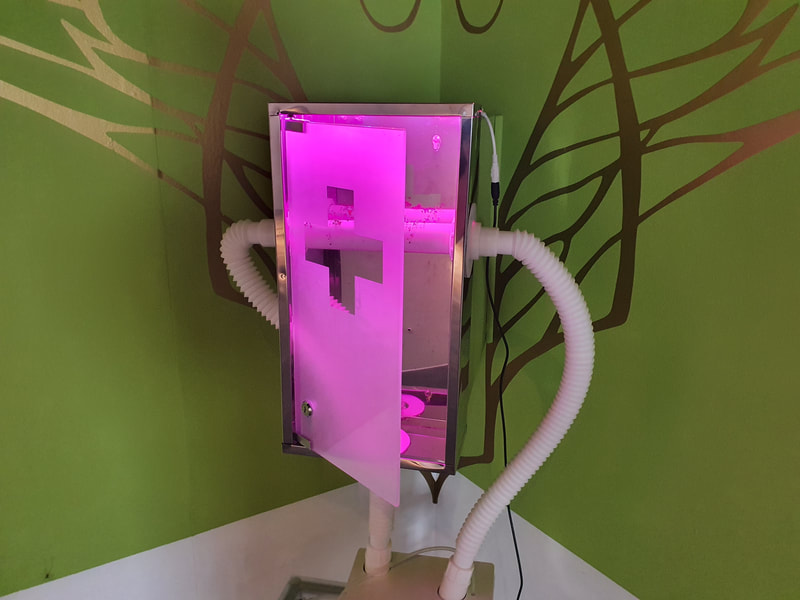 
126 is pleased to present Human by Barbara Knežević, Bassam Al-Sabah and Laura O'Connor curated by Simon Fennessy Corcoran, Friday 25th Sept 6 - 9 pm. This exhibition continues the Meaningful / Encounters programme which brings together exhibitions which address various important and topical issues and elements for meaning within our lives and experiences. Human as created to reflect on the human, lived experience, and has worked with three artists to respond and interact with these notions of being human, body and life.

The preview event will implement a pre-booking system with 30 min slots for the visitors. There will be limited tickets and walk-in spaces. The exhibition will run from the 26th of September to the 16th of October 2020, Weds–Sun, 12 to 6 pm. Please wear a mask and respect social distancing guidelines while visiting the gallery. 126 has provided hand sanitisers at the entrance for our visitors to use.

Admission is free and all are welcome.

This sculptural video work is focused on amplifying and concentrating the affective and
aesthetic qualities of the citrine. The shimmering, pulsing, writhing digital screen is
backdropped by printed stretch lycra. ‘Scapes: Citrine calls on motifs from the animal and
mineral world, offering a series of material and digital images to create a zone for
contemplation and repose.

Barbara Knežević makes sculptural artworks, that appear as complex formations of objects including materials such as ceramics, stone, Perspex, vegetation, fabric, textiles and screens featuring moving images. These art works can be more closely described as sculptural concentrations, an omnivorous selection of things acting together calling to mind familiar arrangements, film sets, photographic shoots, museum displays, retail displays and other staged arrangements of found and fabricated items. In these sculptural concentrations, items are arranged with attention to, though not always respecting musicological conventions that make visible the hierarchies of value in material culture. These concentrated sculptural arrangements aim to distil and amplify the qualities and effect of the objects they display, through repeating and calling attention to texture, colour, opacity, pattern or other haptic, sensual qualities.

Barbara Knežević’s work explores the potential for artworks to create affect, produce feeling, to induce wellbeing or to generate emotive and pleasurable states. Her artworks produce relayed intra-relations between objects, viewer, and space and propose the potential of artworks as zones for radical joyfulness and pleasure, and as ways to reimagine and reconsider ways of being.

This film was produced in relation to war, unrealized childhood fantasies, and representation within globalized media. The film imagines the traumatized body as a functioning time machine where gaps between timelines and glitches cause the present-day body to wane and is replaced by the body’s memory of past trauma. The film weaves a narrative from mental time travel, episodic future thinking (a projection of the self into the future to pre-experience an event), and PTSD.
Bassam Al-Sabah’s work aims to convey visions of war, resistance and perseverance. He utilises a multi-media installation comprising of video, painting, sculpture and printed matter. The work is concerned with how the past is continually revised to meet the present, when the juvenile fantasy breaks down into the reality of adulthood.

The work takes reference from Arabic dubbed Japanese anime series, which were broadcast across the middle east from 1980s onwards. Tackling themes of revolution, war and exile, the work projects political meaning onto these cartoons, which have been connected with a cross generational identity, shared by now adult Arabs. Drawing attention to an ignored point in media globalization: the influence, effects and agendas of Japanese anime on Arab popular culture

Cultural Methods is a new artwork by Laura O’Connor. O’Connor’s work focuses on the control, surveillance and monitoring of women’s bodies. Through a multi-disciplinary approach, she employs performance, video, sculpture and new technologies to respond to issues affecting women’s bodies. Cultural Methods is a direct response to the Cervical Check scandal in Ireland. This scandal involved the medical data of women in Ireland being withheld by medical professionals and state organisations to cover up a misdiagnosis of inconclusive smear tests. This withholding of personal medical data resulted in the deaths of many women in Ireland.

Cultural Methods takes this as its starting point and combines notions of cultural pride and ‘Irishness’ with the collection and control of personal medical health data. For three months O’Connor wore a fertility tracker bracelet (the AVA fertility tracker) at night. Acting similar to a Fitbit, the bracelet claims to collect data 25 times per second, which amounts to over 3 million data points per night. It tracks heart rate variability, skin temperature, breathing rate, sleep, and resting pulse rate.

The 84 days, or 3 cycles, worth of data have been used to control a hydroponic grow system for 84 shamrocks (body temperature controls the lights, breathing rate the oxygen pump and heart rate the water pump).  Shamrocks are used in the work as the ultimate symbol of Irishness. The work is a comment on the irony of selling Irishness abroad whilst simultaneously outsourcing testing of smears to the States and England. Mother Ireland and her fertile land are still being sold as a symbol of cultural richness where the care of women’s bodies becomes something less important. This ambitious new work is in-part funded by the Cavan Arts Office.

Laura O’Connor is a visual artist and academic. Her art practice centres around representations of women in the media and in cultural narratives. She creates multimedia artworks that encompass performance, video, live green screen and sculpture. Her practice uses the female body alongside technology to call out certain stereotypes and cultural expectations associated with certain bodies.

Laura completed her practice-based PhD titled ‘Warped Mirrors: Subversive representations of women on screen’ at Ulster University in 2018. She has presented research papers at international conferences and recent group exhibitions include: ‘Collaborate!’ at the Jerwood Gallery London (with Array Collective), Urgencies at CCA Derry-Londonderry, Acts to Objects at LACE Gallery Los Angeles. Solo exhibitions include Uncomfortable State at Ballina Arts Centre and, On the Internet, everybody knows you’re a girl at QSS Gallery Belfast. She was also selected to participate in the Science Gallery Dublin’s recent residency program Rapid Residency.

Laura is co-founder of WANDA:Feminism and Moving Image and a member of Array Collective, Belfast.